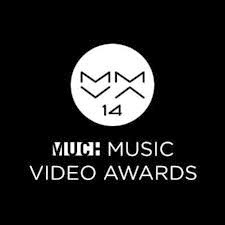 Well, since the MMVAs took place yesterday, it is time to do a performance review of just 5 acts( cos I don't want to do too many)

1. Imagine Dragons - Demons/Radioactive
Imagine Dragons performed their hit Demons along with Radioactive. Their vocals were not much, but their stage presence was good - their members were pounding drums with massive streams of pyro dancing and rocketing through the air. Their performance was forgettable, but was saved by their great stage presence

Stage presence: A-
Vocals: B-
Overall: B

2. Lorde - Team/Tennis court
Creepy performance. Her outfit was weird, but the way she mashed both songs together was pure genious. Her stage presence, although not the kind you'd expect from normal singing sensations, was much better than her previous performances, where she concluded by collapsing while gripping a lamp. Her vocals were mostly spot on though, so I'd give her credit for that.

3. Ariana Grande : Problem
She slays on most performances, including this one. This pint-sized nickelodeon-product of a singer blasted her way on stage with killer vocals, although she did not seem well, as she falter through some notes. Her belting sounded a bit strained but nonetheless still spot on. She could have done much better though I do like the way she cut in for the rapping part when she sang along to Iggy's track. Good job and keep it up!

4. Ed Sheeran: Sing
Definitely one of the performances with the most simplicity. Despite this, his stage presence is still decent and combined with his vocals, makes quite a performance.

Stage presence: B+
Vocals: A-
Overall: A-

5. Kiesza : Hideaway
Um... I guess with that hairstyle and yellow taxi thingy its sure bound to catch some attention. But what distracted me most from the vocals was the hideous shoes she was wearing. Forget the vocals, the stage presence was a little bit disastrous.

Stage presence: B-
Vocals: B+
Overall: B

Posted by Music Evaluator at 02:51 No comments: 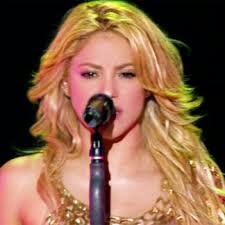 Vocal positives:
She has a unique timbre in her voice that allows her to 'yodel' while singing. Her range is the strongest from A3-D5, where her mid-range lies. Her timbre sounds youthful even when she is over thirty years old. Her head voice is bright and piercing as it ascends up the fifth octave, although often, it is not used. Her vibrato is quick but controlled. Her low notes are weighty, full and well-supported, allowing her to reach notes like D3 easily, giving them a smokey texture to them.

Vocal negatives:
Her larynx is forced down when she tries to hit the low notes. Her intonation in her voice when singing makes her lyrics incomprehensible.

Posted by Music Evaluator at 18:10 No comments: 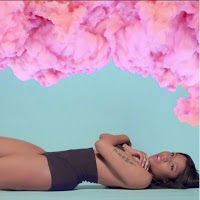 In honour of Nicki Minaj's newest single 'Pills N Potions', I have decided to compile 5 of her BEST songs she has ever recorded in her career.

No. 05: Automatic
Laced with autotune, Nicki never fails to give our ears some pleasure with this song. It is like a club anthem, with catchy lyrics and groovy beats, although she does not show her rapping roots, the low notes at D3 were pleasant to the ear, and this should have been made into a music video.


No. 04: Pound the Alarm
Although this single received commercial success, peaking within the Top 20 of the Hot 100, I feel that this song should deserve much more credit that it did. Here, she does a little more singing than in her lead single of her second studio album, Starships. This song, when you first hear it, may not be to your taste, but as you continuously listen to it, the club-on-jams really get to you and make you want to sing along


No 03: Beautiful Sinner
I think this song may very well be one of the highlights of the album, as the energy never diminishes in the song and it solidifies her place in the rapping industry, and reminds us again that she is just another quirky diva we all love.


No 02: Starships
One would instantly remember the quirky verses and the coloured wigs when another person mentions this song. And this is what Nicki Minaj wanted her Barbz to remember her by this image before she underwent a major makeover for her third album 'The Pink Print'. This is pure pop perfection, and gives people the chance to shake their booties as well as give them the feel-good vibe people desperately need when depressed. The D3s in the song was also well-supported.


No 01: Pills N Potions
I was about to put Super Bass at number one, then Pills N Potions came out and totally changed everything. Nicki Minaj singing a powerful ballad captured my attention, and instantly, I fell in love with the song and music video! I love her new image. Keep it up gurl! You'll go far!

I wish her all the best in her rapping career!

Posted by Music Evaluator at 03:00 No comments: 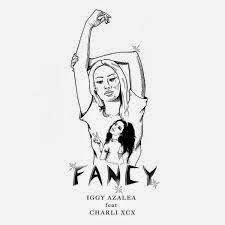 Love the eeire sounds at the start of the song. Beyonce kicks in with great and seductive vocals, albeit with the help of some autotune, still manages to pull off the song with a bit of help from Jay-Z, who, with Beyonce, ends of the song with a great finish, and can easily be classified as one of her best songs in her entire career.

Although the collaboration for the song was not necessary, I still feel that 2 Chainz had a part in getting the song to become so popular with his vulgar raps. Anyways, infectious beat. Catchy choruses. Slightly autotuned vocals. Recipes for a great song.

I must say, Problem is Ariana's most well-charting song to date, and her most infectious track to date as well. Trying to shake off critics' panning of her songs being to Mariah-esque, she has produced this song she nearly did not record, and oh my! It could easily be the song of the summer! With saxophone beats possibly inspired from Talk Dirty, Ariana's F#5 and G#5 belts, combined with Iggy Azalea's catchy rap couldn't have made this song any better. Well done!

Apparently this is a ballad. Ballad and Nicki Minaj should come together more often. Pills N Potions, although it is a sleeper hit as of now( it has not charted in the Top 40 of Hot 100 yet), I'm sure it will grow on people and her song would skyrocket the charts just like her previous songs used to. Although her vocals leave much to be desired, it still marks a giant improvement from Super Bass and Starships - the track is more personal and apparently, according to her, it encompasses all her life lessons. Keep it up Nicki!

Right now, as I type this into the computer, I am wondering why all the 5 best songs of 2013/2014 have rappers inside them, be it as a featured artist or the lead vocals. Anyways, shan't bother about that now, as I shall continue to fangirl over this Australian rapper who has successfully made her mark in the Billboard Hot 100, with two singles charting simultaneously at Number 1 and Number 2(Problem) respectively. This song has a weird beat to it and gives people the urge to learn the verses quickly so they can sing along. Charlie XCX gives this song a chorus, and I feel it is the chorus that gave her song more popularity then the actually lead artist. But it is my opinion. I just love this song. Have a listen:


Posted by Music Evaluator at 22:13 No comments: 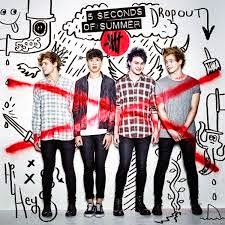 I have nothing better to do, so I am here now - reviewing this randomly chosen song.

Damn! It is filled with autotune  - but in a good way because it is catchy and gives me the good vibe feeling.
The chorus is repetitive, but it allows it to get stuck in viewer's heads. There are little vocal runs done by several members of this band. I think they give this already catchy song more kick to it.

However, I doubt that this band can perform this song live because it is heavily laced with autotune - especially the belts at the fourth octave, at around A4.


Posted by Music Evaluator at 07:20 No comments: 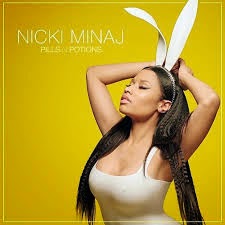 Nicki Minaj has dropped her lead single 'Pills N Potions' from her new album 'The Pink Print' and I am here to do a review about her song today.

I think it is gonna be a sleeper hit because:
1. It is not her style to create songs that are ballads.
2. Her raps are not as catchy
3. It sounds generic.

However, I am sure it would make an impact on the Hot 100, possibly on the Top 30 because:
1. She has a HUGE fanbase.
2. She is exploring her hip-hop and rapping roots, which will attract more people to listen to this song.
3. She is actually SINGING instead of rapping all the time.

Overall, I think that although her singing could do with some improvement, this song is kinda growing on me. This may be one of her personal tracks to date and I am cool with that :)

Posted by Music Evaluator at 00:25 No comments:

I would like to sincerely apologise - I have gotten a lot of notes wrong on vocal ranges for singers. I have looked through all your comments - be it through comments or email or tweets, I would give all the singers another listen before reediting the singers' vocal ranges again.

If you would have noticed I took away a lot of posts down from my site too because the reviews are too biased and unprofessional, and I wish to start afresh with new posts and song reviews.

I apologise for the inconvenience caused.

Update: I have updated ALL of the singer's vocal ranges and will keep on adding new posts professionally from now on.
Posted by Music Evaluator at 08:45 No comments: